The Surveyor General offers travellers a unique place to visit, refresh themselves and enjoy the historic feel of one of Australia’s greatest pubs.

Open seven days, we invite you to enjoy the ambience of our historic bars, beer garden and bistro, or stay in colonial-style accommodation.

With seating for up to 160 people, a traditional barbecue area, an extensive a la carte menu, and facilities for families and children, the Bush Ranger’s Bistro has become one of the most popular places to eat and to enjoy the company of others in Berrima.

Enter the Bistro through the old stone walls and corridors of the Inn, or from the welcoming beer garden or verandah. The wall hangings and display cabinets hold memorabilia of the early days of the inn.

Children’s meals are also available for the Under 15’s. There are a number of rooms in which to enjoy your meal, or sit outside in the beer garden in the sun, or on the verandah.

We have a private dining room for 30. Bistro 1834 is fully licensed. Our cellar has one of the best regional lists in the Southern Highlands, including the best from the local wineries.

Drink a bit of history.

The original building had fallen into disrepair by the middle of this century, and efforts were made to preserve it.
The current owners, The Durney family, have recently extensively restored and redeveloped the inn.

The Surveyor General Inn was built in 1834 for James Harper, using convict labour, and licensed as an inn in the following year. Remaining in the Harper family for almost one hundred years, The Surveyor General is the oldest continuously licensed inn in Australia. The main building, constructed of local convict-hewn sandstone and sand stock bricks, has served as both a pub and accommodation for over a century and a half.

From Cobb & Co. to today countless travellers have passed through its doors (although today, the taller may have to stoop to enter the low lintels!) – from the Cobb & Co. passengers of last century, to the motor car travellers on the main Hume Highway south from Sydney this century, and the many visitors travelling to see the sights of historic Berrima today.

There were originally four inns at Berrima (the other original buildings still stand), but only the Surveyor General has survived as an hotel.

It was, as you can imagine, the favoured “watering hole” for locals – and remains so today. 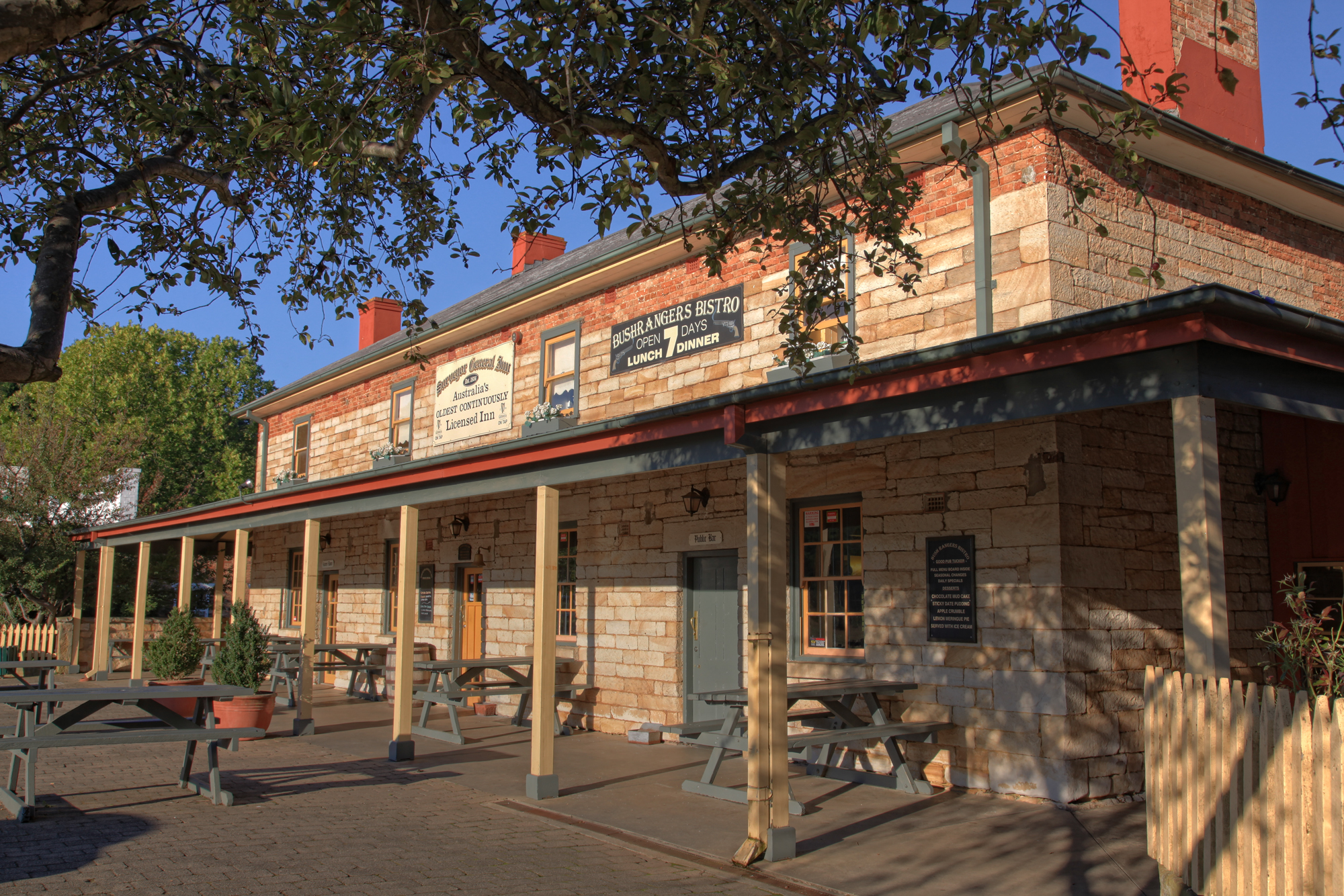 A market not to be missed! 50 sassy stalls will delight you! There are children’...